Check out the promo and press release for the next episode of The Flash, that will airs on July 15.

CECILE IS TRAPPED – Cecile (Danielle Nicolet) is forced to confront her past in order to break free from a psychic prison. Meanwhile, Chester (Brandon McKnight) takes over for Cisco but makes a mistake that puts Barry (Grant Gustin) in serious danger. Joe (Jesse L. Martin) investigates Kristen Kramer’s old military ties and discovers an unsettling truth.

I have updated the gallery with high-quality stills and high-resolution screencaps from the twelfth episode of season 7 of The Flash. Check out! 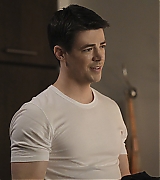 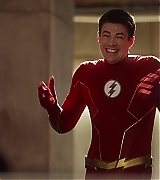 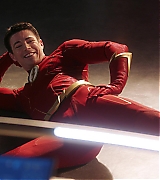 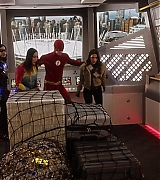 Check out the promo and press release for the next episode of The Flash, that will airs on July 8th.

CISCO LEAVES CENTRAL CITY – Cisco (Carlos Valdes) and Kamila (guest star Victoria Park) tell the team they are leaving Central City. However, Barry (Grant Gustin), Iris (Candice Patton) and Caitlin (Danielle Panabaker) don’t have much time to digest the news because a new version of Rainbow Raider (guest star Jona Xiao) strikes and OG Team Flash must join together one final time to save the city.

I have updated the gallery with high-quality stills and high-resolution screencaps from the eleventh episode of season 7 of The Flash. Check out! 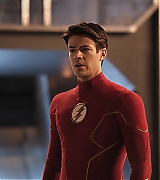 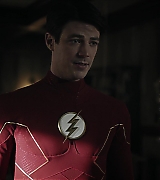 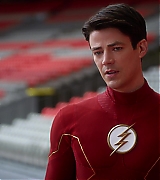 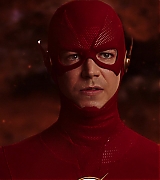 Season 8 of The Flash will premiere sooner than we think.

DEADLINE: This fall, the CW is bringing together for the first time on the same night its signature, most streamed series, The Flash and Riverdale. Both series will start their new seasons (Season 8 for The Flash, Season 6 for Riverdale) with special five-episode events, which will kick off in November, about a month after the CW starts rolling out its fall lineup in October.

During a press call about the fall 2021 schedule on Tuesday, the CW chairman and CEO Mark Pedowitz noted that event-izing applies specifically to The Flash, whose first five episodes next season “will feature different heroes from the CW-verse.”

“The idea for The Flash is, [showrunner] Eric Wallace and [executive producer] Greg [Berlanti] have come together and are talking about other superheroes from the CW-verse who will come together in each individual episode,” he said. “It will not be quite be a crossover but will have a crossover-type feel and the introduction of all these characters.”

Pedowitz spoke about the logistical challenge faced by The Flash and Riverdale, whose current seasons stretch deep into the summer on the CW schedule. The shows will complete production on their current seasons in late June-early July and will go on hiatus until returning to start filming their new seasons in early September “fully rested,” Pedowitz said.

Because of the late start, neither show would be able to deliver the eight or so originals that usually air in the fall, leading to the CW’s idea to event-ize their five-episode fall runs.