‘The Flash’ Among Participants for Paleyfest 2015

THE 32ND ANNUAL PALEYFEST WILL RETURN TO THE DOLBY THEATRE AT HOLLYWOOD & HIGHLAND MARCH 6-13, 2015

SCANDAL, THE GOOD WIFE, ARROW, AND THE FLASH ARE THE FIRST HONOREES REVEALED FOR THE ANNUAL CELEBRATION OF OUTSTANDING TELEVISION

Yahoo to be Official Media Sponsor and Exclusively Live Stream All Panel Sessions on Yahoo Screen; Citi Returns as the Official Card

BEVERLY HILLS, CA, JANUARY 7, 2015 – The Paley Center for Media today announced ABC’s Scandal, CBS’s The Good Wife, and The CW/Warner Bros. Television’s Arrow and The Flash as the first honorees for PALEYFEST, the 32nd annual William S. Paley Television Festival, which will return to the iconic Dolby Theatre March 6-13, 2015. The annual Festival will feature premiere screenings and exclusive conversations with the stars and creative teams responsible for today’s most acclaimed television series. As previously announced, premier digital platform Yahoo will be the Festival’s Official Media Sponsor, as part of the Company’s larger multi-event sponsorship that will run throughout 2015. The PALEYFEST lineup will be announced on Tuesday, January 20.

Yahoo Screen will exclusively live stream the interactive panel sessions in addition to offering video on demand (VOD) content following each event. Live streaming on Yahoo can also be accessed through the Paley App and Yahoo Screen App.

“PALEYFEST has grown exponentially over the last thirty-two years, and we are looking forward to working with Yahoo to create a compelling and engaging content experience for TV fans around the country to enjoy the Festival together,” said Maureen J. Reidy, President and CEO of The Paley Center for Media. “Our move last year to the Dolby Theatre was a huge success and we are excited to return to this iconic Los Angeles location in 2015 and produce our best PALEYFEST yet.”

The Paley App and the website are the destinations for ongoing PALEYFEST announcements, and the portals to ticket sales and content, including photos and video clips from Festival events. Fans are invited to follow @paleycenter on Twitter for immediate announcements and live tweeting from the events, and to join in the conversation with #PaleyFest. For more information on tickets, live streaming on Yahoo, and to download the Paley App, please visit paleyfest.org.

Over the past thirty-two years, The Paley Center for Media’s PALEYFEST has become a destination event for the worldwide community of television fans who gather each year to connect with the talent, from the stars to the creative teams of the shows, during interactive panel sessions and premiere screenings. The Festival benefits the Paley Center’s preservation and archival digitization efforts, and its ongoing mission to explore the significant impact of media on our culture and society. The Paley Center is home to one of the world’s foremost publically accessible archives of television, radio, and new media content, over 160,000 programs and advertisements spanning the history of media, including the U.S. Olympic Archive, presented by Gordon Crawford, an extensive sports collection from ESPN, and an LGBT media collection chronicling the history of LGBT images in the medium. 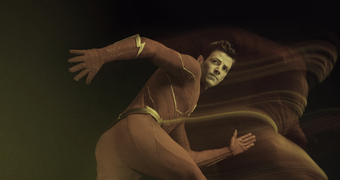